The Warragul and District Kennel Club was formed in June 1968 with Ernie Drinkwater as President and Kevin Sharp as Secretary/Treasurer. The first event was a members (show) competition held at the home of Mr. and Mrs Cherry in Pakenham and the inaugrual Championship Show occurred at the Warragul Showgrounds on 18 January 1969.

From incomplete records, a reference to obedience states that a class of eight dogs was held on the old soccer ground in Burke St Warragul on 5 November 1975. The club included “obedience” in it’s name in the 1990 Show Catalogue, but did not officially register as the Warragul and District Kennel and Obedience Club until 2002. 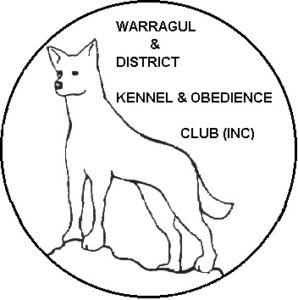 In the mid 1990’s the club adopted it’s first logo, borrowed from the soon to be amalgamated Warragul Shire. The warragul or wild dog features in the logo. The current logo was adopted in 2012.

On 30 August 1998, the club held it’s final obedience class at Logan Park Warragul and moved to the Darnum Recreation Reserve where we have been ever since.

A personal memory of dog obedience at Warragul

Excerpts from the Warragul Gazette 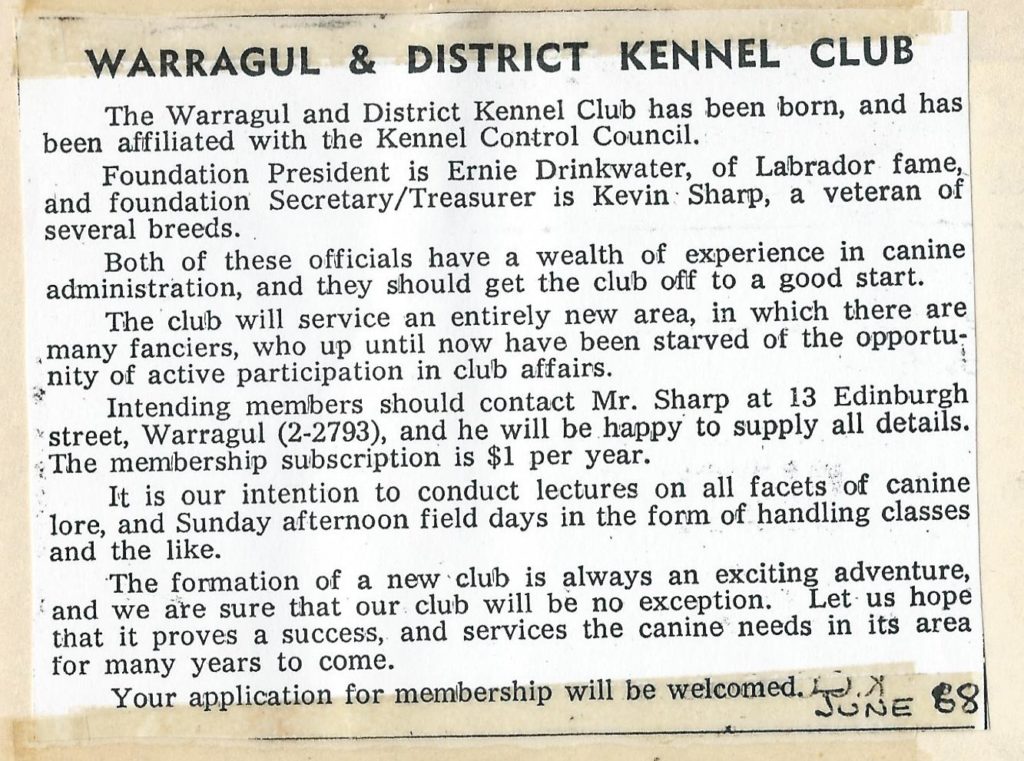